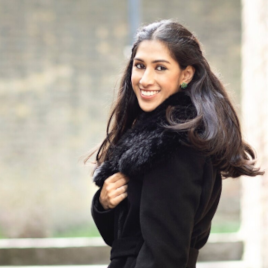 Mishka Rushdie Momen, born in London 1992, studied with Joan Havill and Imogen Cooper at the Guildhall School of Music and Drama and has also periodically studied with Richard Goode. She has twice been invited by Andreas of the Menuhin Festival and he has also invited her to give recitals in New York’s 92Y, Zurich Tonhalle, Berlin, Frankfurt and Antwerp deSingel in his 2016-17 “Building Bridges” Series. Mishka has previously played for us in 2014.

Works by Schubert, Schumann and Beethoven

This concert is sponsored by the Countess of Munster Musical Trust