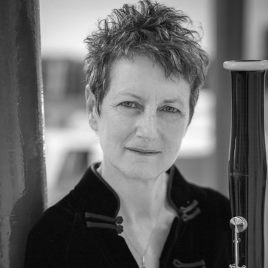 Ursula Leveaux was Principal Bassoon with the Scottish Chamber Orchestra from 1987 to 2007. She has been a member of the Nash Ensemble since 1997 and in 2011 was appointed Principal Bassoon to the Academy of Ancient Music. She is frequently invited to appear as guest principal with major orchestras and ensembles in Britain and throughout Europe, and is a regular contributor to BBC Radio 3.

After reading music at Cambridge University, Simon Marlow established a successful career as soloist and chamber musician. He makes frequent concert appearances in Britain and many other European countries.